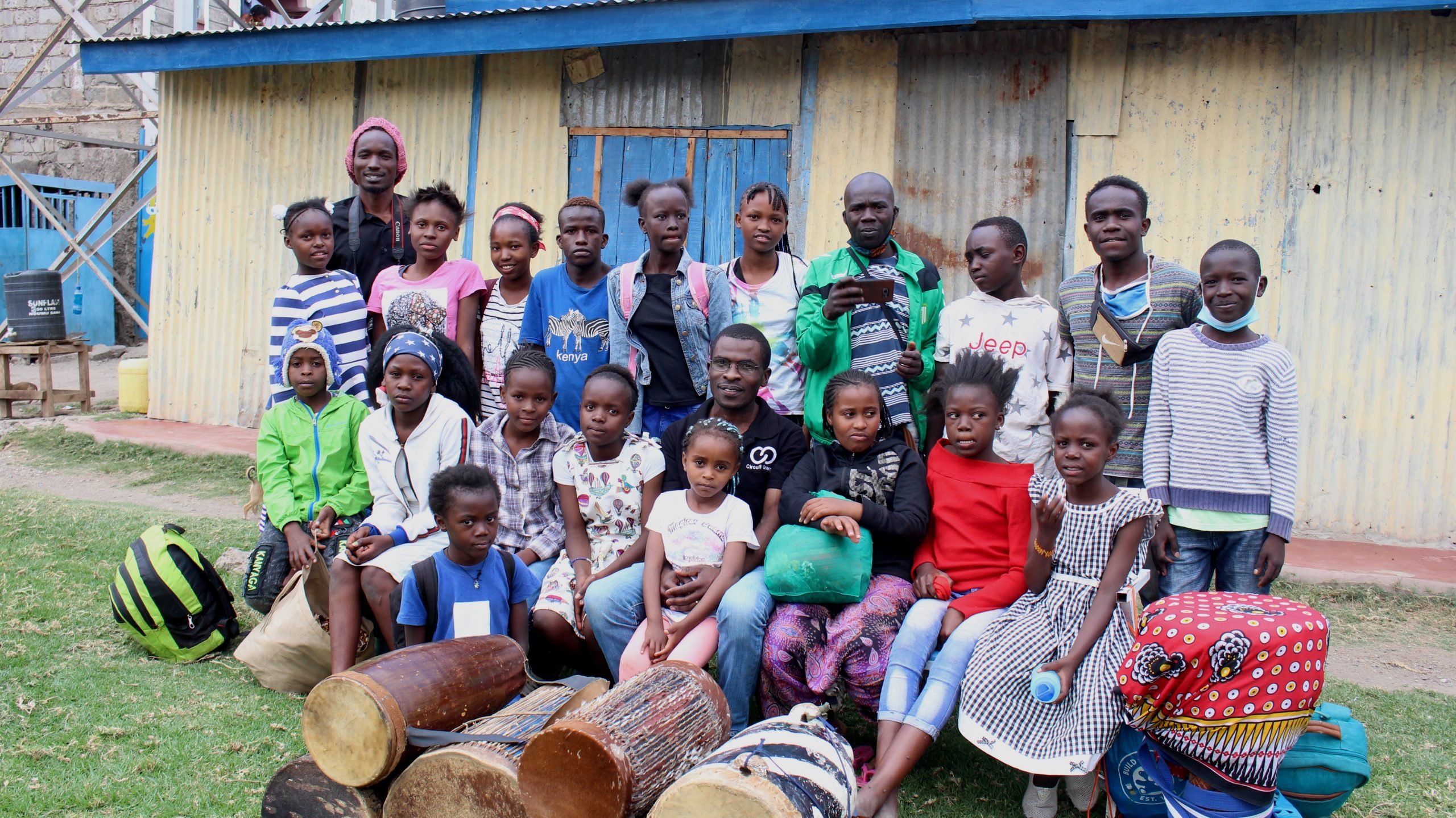 When part of Korogocho slums was being brought down, children were the most vulnerable seeing how weak their parents were in saving the situation. Dan who is a dance trainer and a member of Tarumbeta Africa Dance saw the opportunity and formed a new junior dance team crew with these girls who were homeless several days after the demolition.

These dancers got chance to perform for the first time in Flomina Children’s home in Kayole Estate. This was meant to launch a support for the home to cover water and electricity bills. The young dancers learnt that the fact that they lost their homes, they were to be appreciative for having parents though most were on single parenthood.

The event was supported by Circuit Energy Company and Mtaa Afriq Organisation where also we took their opinion and reactions on school opening after the long COVID-19 pandemic break. A lot is happening during this COVID-19 pandemic period and children are the most likely to learn new
stuff compared to these other age groups.

When we discussed with children artists in Mathare last week, many stating that they spent time listening to music, watching movies, playing football riding bicycles and out of their interactions some started singing and acting what they saw on TV sets and video games. Children were also introduced to business by parents where most said they are spending time in their parents shops and stalls in streets to show support to the family.

Others learnt how to skate what has been trending among 5-15years old kids in the street with fixed roads of east lands Nairobi. This was all talent and whole co-curriculum activity for these kids and now should the schools
re-opens this coming month, government must keep something going among these kids. Create time and allocate funds to study the changes among our kids as part of the process of implementing the newly adopted revised 8-4-4 system.

Supporting talent begins now and as a community champion and a member of project mtaa africa, I will soon share to the world what Mathare Kids perfected during the COVID-19 pandemic break in terms of music. This will be through an event that was recorded last Sunday dubbed Sunday Safi guest artists were Siri Band who are currently on media tour promoting their song ‘Made In Mathare’