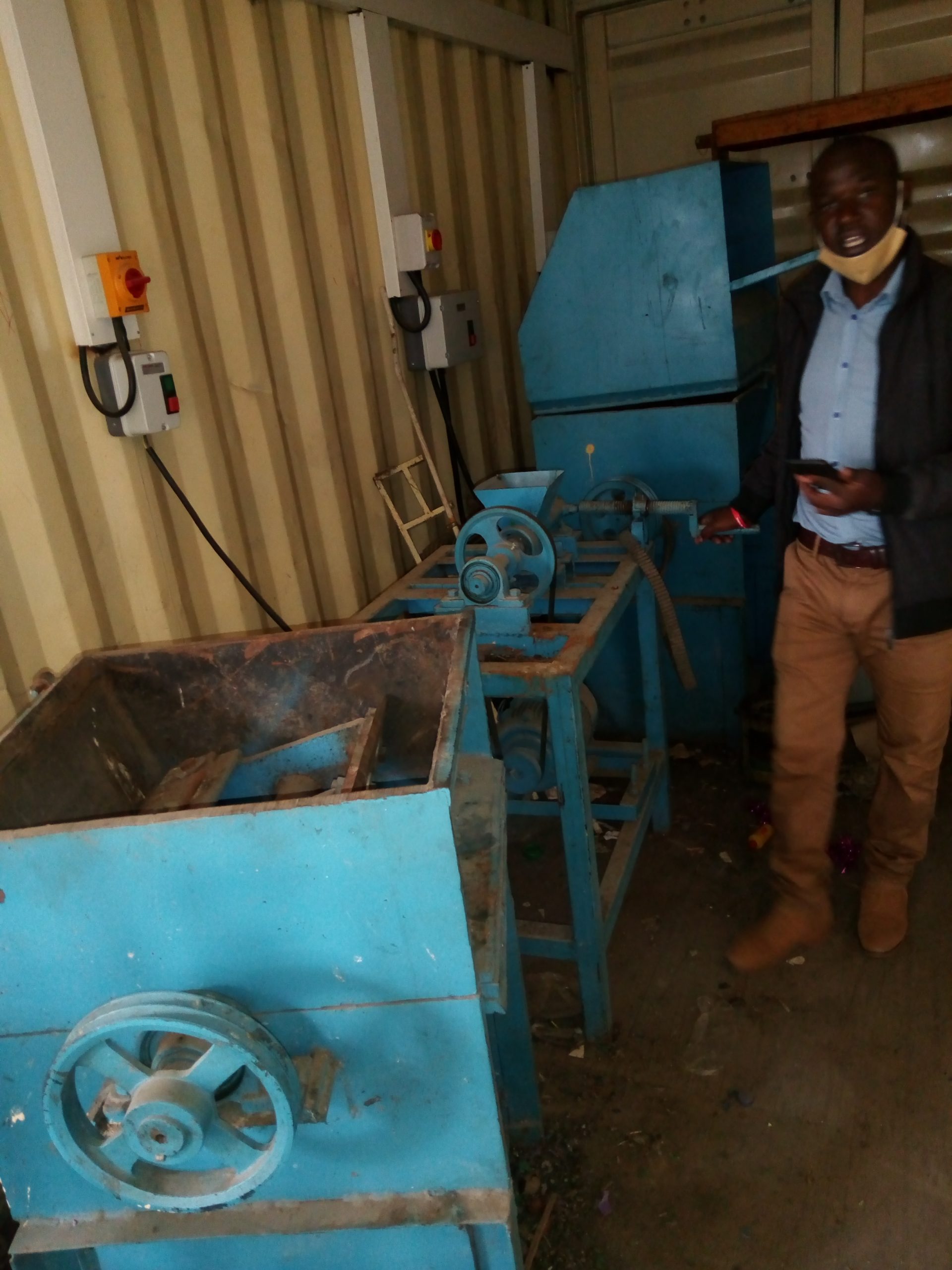 Mukuru Integrated Waste Management was formed in 2017 as an umbrella of Mukuru Garbage collectors, meant to streamline the system of at least 300 garbage collectors in Mukuru at large who relied on waste collection to earn a living.

In 2019, Kuboresha Maisha East Africa (KUMEA), in collaboration with Nairobi County Government supported this project with plastic recycling machines, which were to enhance the way these youth could manage the waste. Some of the youths from Mukuru were trained to operate these machines. The machines were to operate using a two face generator donated to Mukuru Integrated Waste Management by The Institute for Social Accountability (TISA) but due to the nature of these machines, they needed more energy which could only be possible with the supply of electricity.

In the same year, 2019, MTN business paid the Kenya Power about three hundred thousand to install the power at the plant but up to date, that has never happened. The Mukuru integrated Cabbage collectors have since then followed up this issue of electricity with the Kenya power offices in Donholm severally but nothing has ever changed. ” We’ve followed up this issue with the Kenya power like 30 times and no action has been taken , two years now and we are still waiting to see what they will do.” says one of the members.

The irony is that they claim Mukuru is slum where they cannot have power connections due to fear of cartels, yet these cartels work hand in hand with the Kenya Power staff and police officers to have illegal electricity connections.

This initiative by KUMEA to empower the youths of Mukuru was considered as way to reduce social injustices and crimes by giving them a source of living but this has not been made possible by Kenya Power and the machines lay rusting and gathering dust at the store.